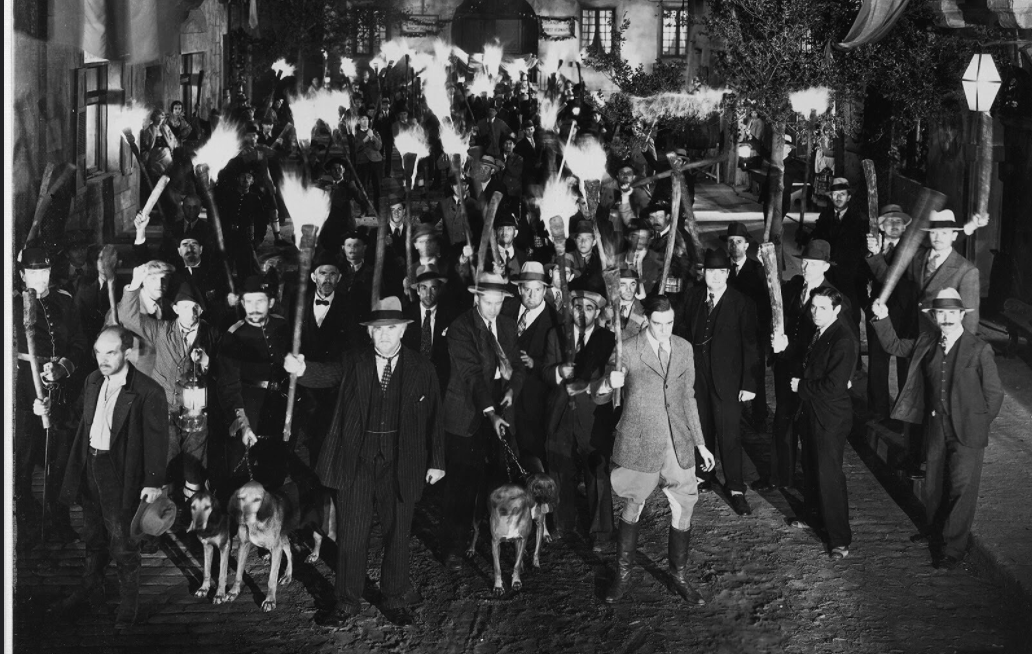 Recently, a client of mine (a Jersey shore restauranteur) reached out to me. Someone had left a bad review on a local Facebook group which I’ll fictitiously call Long Beach Island Food Reviews by Cranky, Entitled Wealthy Folk. It has 20 thousand plus members and consists of wanna-be-food critiques who share their restaurant experiences.

Bad reviews for restaurants happen. It’s just a reality. No big deal. People are entitled to their opinions and entitled to share their opinions…obviously. There are methods to address them as a business owner, respond civilly, and move on.

But take a second to think of what I’ll deem “dangerous reviews” like ones that go after the character of the owners. Or the way they look. Or reviews written by angry competitors or someone with a grudge against you. Or reviews penned by someone who is insanely picky and critical (nothing is ever good enough and they love leaving bad reviews as a form of empowerment). Then we’re moving beyond a “bad review” to a “dangerous review.”

Back to my Jersey shore restauranteur (who is the female described below). The bad review on the Long Beach Island Food Reviews by Cranky, Entitled Wealthy Folk group went like this:

The poster went on to detail her multiple issues with her dinner. But of course, the first round of responses focused on only one aspect:

The posters joked about her nipples popping out, sneak peeks of her breasts, how it would make them lose their appetite, etc. Poor taste to say the least.

But wait: it gets worse: the post accumulated over 350 comments, many going after the character of the restaurant owner and their personal issues with her. A gossip free-for-all basically. Food critiques took a back burner to tit jokes and character assassinations.

The poster was “kind enough” to turn off the commenting after 350 comments though she continued to send these compromising shots of my client via private message. (Turning off comments doesn’t make the post go away, only deleting the post does.)

And at this point, the damage was done. Multiple braless images of my client were sent via PM, malicious jokes were made at her expense, and untold damage was done to a business still slowly crawling its way out of a pandemic. (She wears orthopedic-style shoes — not slippers — because she’s on her feet all day.)

When I called out the poster, she defended her malicious move (“fair play” she called it), though it did deter her from sending out any more provocative images of the restaurant owner (perhaps she saw the legality issues looming. When you’re on private property, you can’t secretly shoot compromising images and share them online with malicious intent — which trust me, this defines malicious intent).

Now get this: when the poster stopped sending out free braless shots via private message, people complained to the moderators! Where’s my titty shot? The poster promised! What a sad state of affairs.

When I reached out to the moderators, it was met with various responses:

“We have full-time jobs, you know.”

“We can’t control what people say.” [Um, that’s exactly your job as a moderator.]

“Maybe the business should work on their issues.” [Hello victim-blaming.]

“The poster said she stopped sending out those images so what’s the problem?” [Because the cat’s out of the bag now, obviously. Multiple images were all ready shared.]

“I get why you’re upset but…” [Implying it’s your personal issue, not a real, defamatory attack that they need to address.]

“You should have caught this post earlier and addressed it. It’s your responsibility.” [Yet again, hello to victim-blaming. But this is the owner’s take: YOU should address a complaint. Stop your busy workday, sign on to Facebook and look for bad reviews and address them.]

What is a moderator’s responsibility?

It is a moderator’s responsibility to catch posts gone wild. In this case, once “no bra” was mentioned in a post, it should have been yanked. Period. No debate. You are no longer discussing your “overly chewy calamari” but instead sexualizing and demeaning a complete stranger.

It is a moderator’s responsibility to delete any post that offers compromising images privately. (Come on. Do I even have to write this shit?)

It is a moderator’s responsibility to delete comments that are defamatory and not in keeping with the topic at hand. Or delete the post entirely if it’s veered dangerously off-topic.

It is a moderator’s responsibility to create firm, powerful and unabiding rules for the group. If you set these up properly, you don’t have to get into debates as to why posts were pulled. “Refer to our group rules” is all you need to say.

My general rule for most small to mid-sized Facebook groups? After 100 comments, there is a good chance the post is derailing and going off-topic.

Most importantly, it’s a moderator’s responsibility to [insert drumroll]:

That means not only carefully reviewing posts before they’re published to a larger audience (did I mention over 20K followers?) but keeping up with the commenting.

If you can’t keep up, don’t list yourself as a moderator (because you can be held legally responsible too, Miss I Work Full Time Too Busy To Moderate). If the group has gotten too big, find others to help.

What is a poster’s responsibility?

The internet is not a free speech free-for-all. You can still be held accountable (as a moderator or a poster) for the words you so readily dish out. Defamation of character and libel, while often hard to prove, are real legal issues you could face.

Words live on the Internet forever. Even if someone doesn’t go after you legally, they can become your worst nightmare online. Do you really want a dangerous troll situation because your creme brulee wasn’t room temperature?

Think long and hard about an online review. You may have eaten a stale bread stick and want to bitch about it with others, but choose your words carefully. Stick to the facts. Don’t emotionalize. Don’t personalize. Don’t threaten. And (for f#ck’s sake) don’t take braless pictures of them when they’re not looking like your a proper pervert.

Dare to share your opinion with the restaurant owner first. Bad reviews hurt restaurants for the long term. Sometimes years. I know. I witness the damage firsthand. What stops you from talking to the owner? Or writing an email, if talking face-to-face feels too confrontational?

Rule to live by: If you wouldn’t say it face-to-face, don’t say it online. Don’t be a wimp only to be a tough guy online.

I’ve had restaurant owners quickly remove items from my bill, gift me a bottle of wine or offer a complimentary dessert when I calmly detailed my complaints. Grow some and own your opinions.

We live in disturbing times. Worse than the poster or the deadbeat moderators? The hundreds of mean-spirited personal attacks and requests for free compromising shots via private message. Or the utter lack of comments simply stating: “Hey, this isn’t cool. I’m reporting you.”

It’s sad, really. I wish I could write to every one of the posters and say: do you realize how vial and base your actions are right now? But they don’t care, really. And that’s the cold, hard truth. Unless it was their daughter. Then all hell would break loose.

That’s why moderation matters. People don’t care and they will rip you to shreds like angry villagers with pitchforks.

The best a good moderator can do: keep that angry villager mindset in check. The best a poster can do: be a decent human being, for god’s sake.